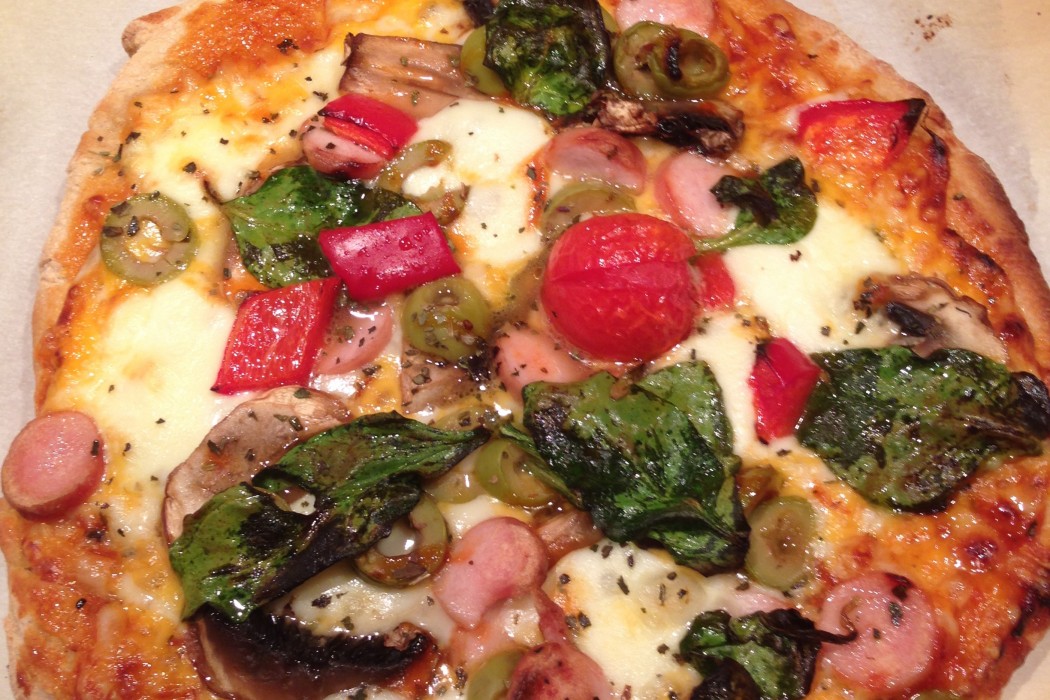 We had an amazing pizza party for our kids on New Year’s Eve. This got me thinking about all the other fun things we used to do on NYE – that is, before kids. For adults, there’s always so much pressure to have some type of planned outing. Every year, choices abound for last-day-of-the-year festivities: overpriced open bar nightclubs, fancy set-menu restaurant dinners, house parties, big public spectacles like New York’s Madison Square Gardens (in our case, Toronto’s Nathan Phillips Square), or perhaps a quiet evening at home watching TV and falling asleep at 12:02am after watching aforementioned public spectacles on television.

In our pre-parenthood days of 2008, we were living in downtown Amsterdam, NL. We were SO excited to be situated in the middle of the NYE action. The local restaurants and bars literally shuttered up their windows and doors at 10pm which seemed really strange at the time. We soon realized why: revellers were out on the streets drinking, smoking and generally going nuts. Most memorable (ahem, scary) of all, people were shooting fireworks at each other and throwing bottles everywhere. The streets were filled with smoke and the cacophony of fireworks all night, and through most of the morning. It sounded and looked like a war zone. The streets were stained red with firecracker casings for weeks. News articles on Jan 1 reported the number of Dec 31 casualties across the Netherlands. Looking back, we were lucky to have come out of it whole!

Fast forward seven years and two kids later (and back in Toronto), we opted for a family-friendly NYE event. There was no way our kids would stay up until midnight. So we needed something they could do before 8pm, and something fun and festive. What’s more fun than a PIZZA PARTY? And what’s more fun than making it from scratch ourselves? Nothing! At least, our kids were thrilled. Best of all for mommy:

This sure sounds like a winner, and it was!

Here’s the pizza recipe we used, which worked brilliantly (adapted from http://mmmisformommy.com/2014/01/garlic-fingers-donair-sauce.html). 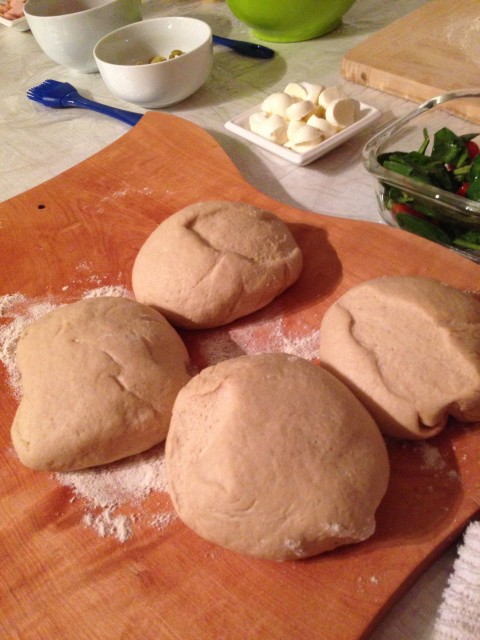 We had fun just flattening and stretching our mini pizzas with our hands. Some were rounder than others (mine somehow became square). 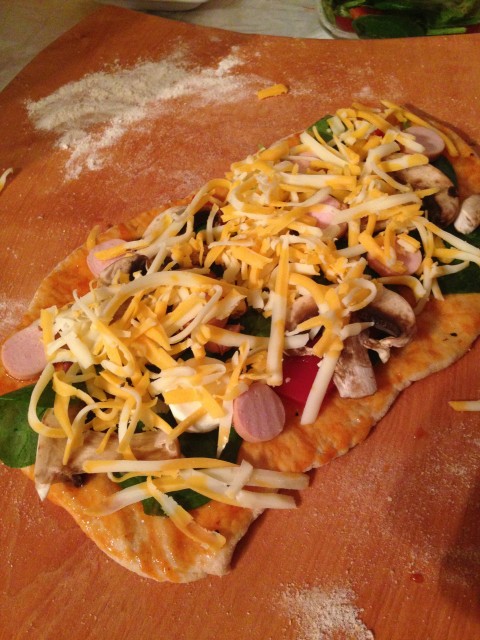 My toddler put a mountain of cheese and mushrooms on her pizza – so much so that we wondered where the dough went! 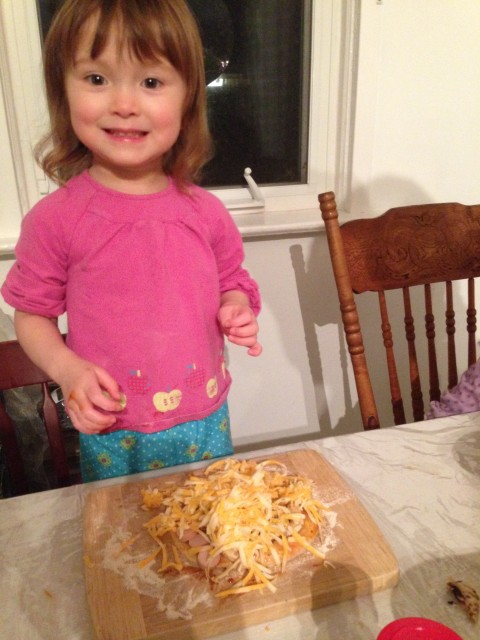 My 5 year old opted for no cheese with a few olives and hot dog slices. She also learned that not having cheese means the toppings don’t stick to the dough! :O 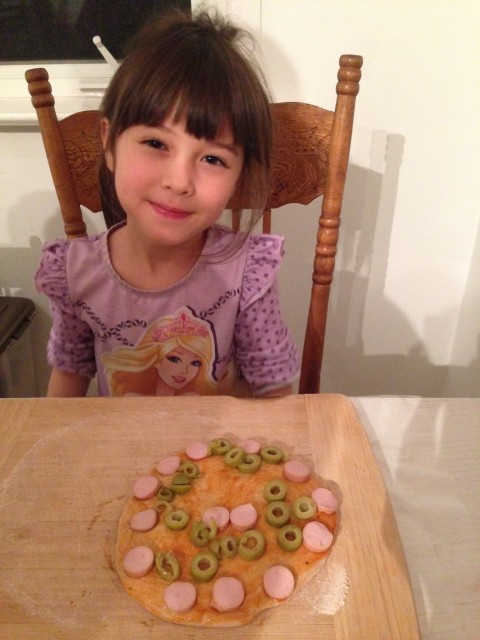 The kids were so happy with their pizzas. It just goes to show that it really doesn’t matter what your family members choose to you put on their pizza, so just have fun and enjoy the time together. Here are the final products! 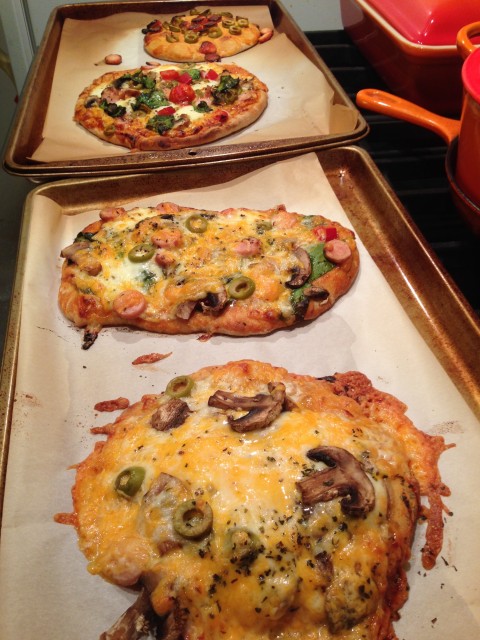 After dinner, we toasted with fizzy water as we watched an on-demand Care Bears New Year countdown on Netflix before bedtime. 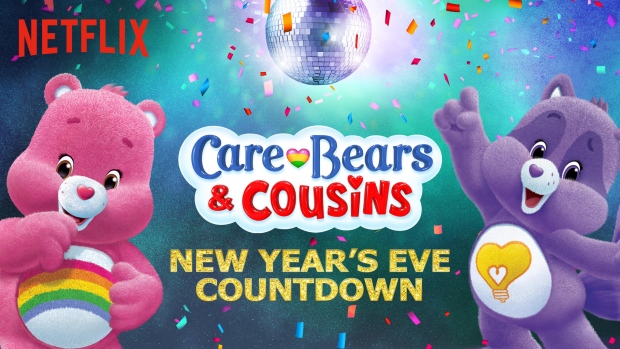 The kids went to bed. My hubby and I then binged-watched TV and popped Moët at midnight, nibbling on cold leftover pizza. Times sure have changed since Amsterdam… but I think we had more fun! I foresee more pizza parties in our immediate future. 🙂

P.S. Here a video of our Amsterdam New Year’s on Youtube. It’s just like being there but without losing an eye.

TweetYumThe Pop Up My friend L, an unstoppable baker and fellow foodie, very sweetly gifted me a tourtière and foie gras from the Au Pied…