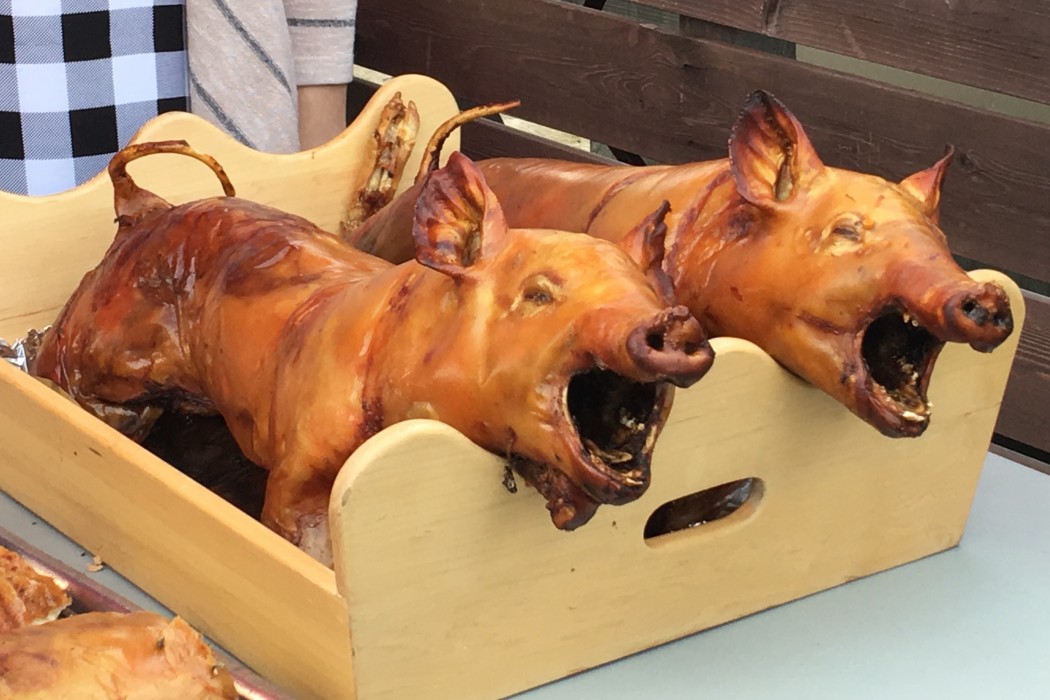 I was able to check out CraveTO in Toronto last night. Tickets cost $20. Doors opened at 5pm. We arrived at the red-carpeted entrance of The Burroughes, an historic Queen Street West landmark, constructed in 1907 by the F.C. Burroughes Furniture Company. It’s now a unique retail and event space known for its great views from the rooftop. My LO had been to Shutterstock’s Pixels of Fury here, and our friend recalled doing occasional work in the building years ago when it housed a small media production studio. According to the CraveTO website:

Toronto has the whole world in one city. International and fusion food and drink flourish at Toronto restaurants, bars and events giving you unprecedented levels of selection, imagination and things to do in Toronto.

More than just telling you about the best brunch, trending cocktails and what to do in Toronto, CraveTO tells you the stories behind the tastes of Toronto, AND lets you interact with the creators while sampling their food and drink creations at our events. 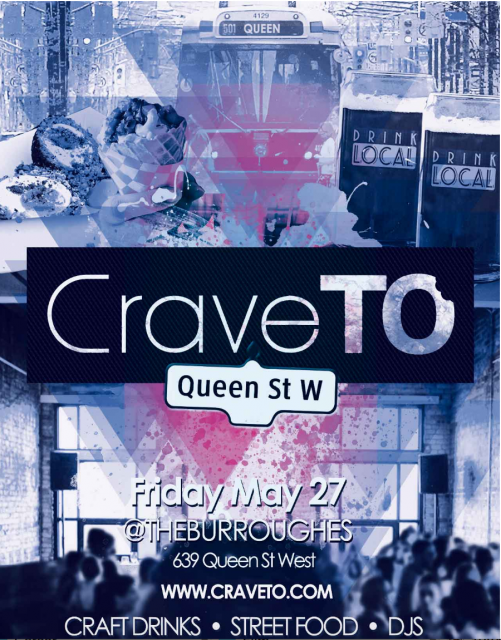 I’m sure that this building has seen a lot of interesting action over the past 99 years. I was looking forward to tasting the many cuisines that Toronto has to offer.

Feeling like VIPs, we were escorted up the elevator to the top floor by a friendly event escort. We walked into find a DJ spinning to the left and a few vendors to the right, arranged around the perimeter of the room. We beelined to the drink ticket table which was surely the most popular table of the night. Drinks were $6 each, or 5 for $30. Too bad, no bulk discount!

There were three food vendors in the room. At first glance, they all looked yummy, but I wondered where all the food tables were? We noticed another room and figured surely there was more food there. The music sounded good – house music maybe? – but honestly I was so intent on finding drinks and food that I didn’t pay special attention. Sorry Mr. DJ!

My first drink, a Nickel Brook Raspberry “berliner style weiss” Beer was really tasty. I was told the beer is sour, having been fermented by lactobacillus, the same bacteria used for making yoghurt. So, basically it’s healthy for the gut. 🙂 I also really liked the fact it wasn’t sickly sweet like most other fruity beers on the market. What a beautiful fuschia colour! 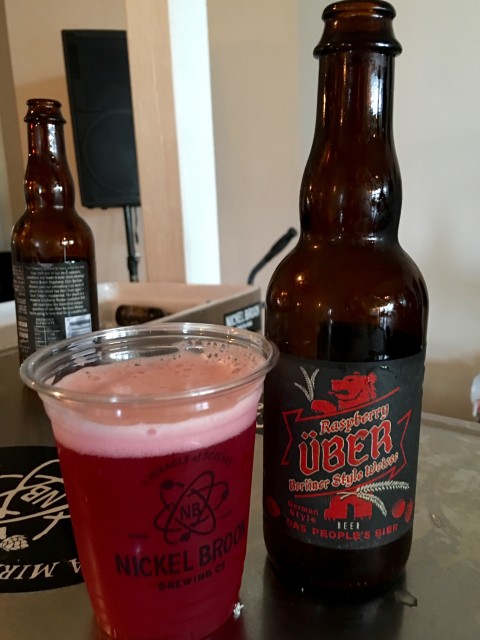 Now for the food!

I went over to Soi Thai Street Food, excited to finally sample their wares given their restaurant is just a few minutes from my house. Plus we had eaten Thai street food in Bangkok during our honeymoon;  the Thai know how to make amazing street food! I tried Soi’s Yum Gai Zaap, chicken-pops mixed in tangy sauce ($5). It was served on steamed rice. The chicken was crunchy and spicy – but cold. I wasn’t sure if it was meant to be, but we still enjoyed it. 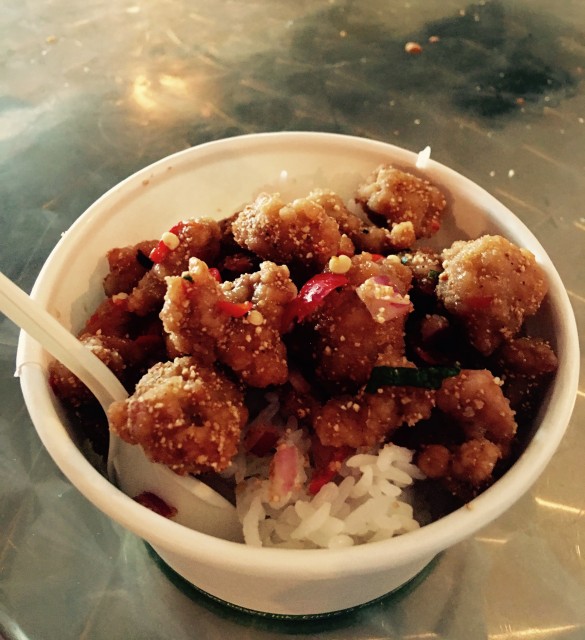 They were also serving a couple more Thai dishes which looked good too:

Being an oyster fan, next I got a dozen malpeque oysters from PEI ($20 per dozen). I can’t recall the name of the vendor, but the oysters were lovely. Sweet, cold and nicely shucked. Malpeques are my favourite variety. I would have probably gotten another dozen, but other food was calling! 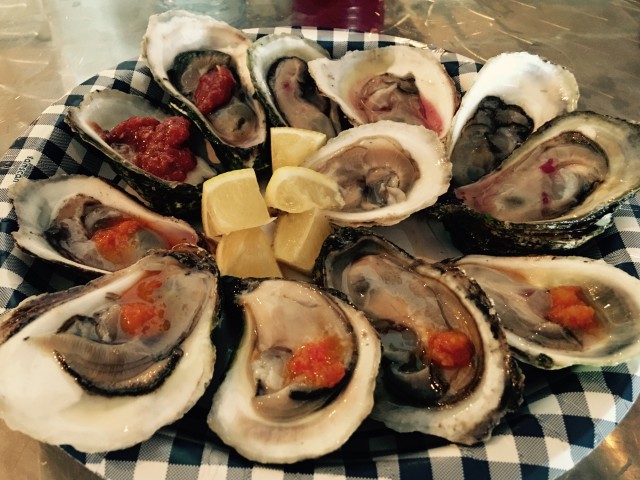 We ventured to the second room and saw an exciting menu from Heirloom Food Truck. Their food was SO tasty! I also love their locally sourced, sustainable message. Their website says it all:

We believe in taking care of the surrounding environment and focusing on the true aspect of where “our” food comes from. We strive to push the limit on what can be used from our own environment, while thinking about Carbon Footprints. Sustainable Driven Food is our purpose. Growing relationships with local farmers is what sets us apart from the regular. 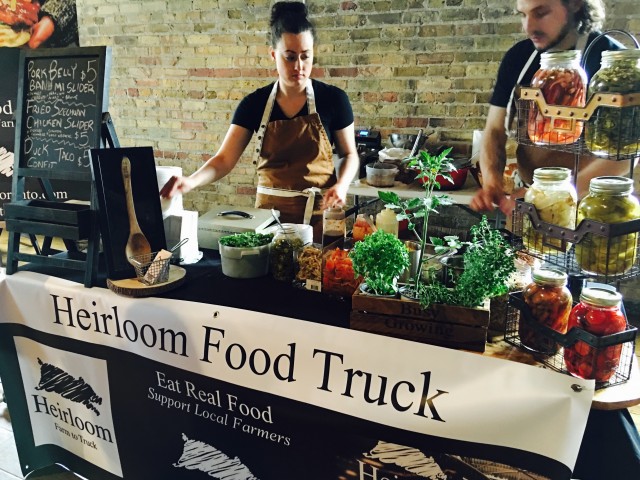 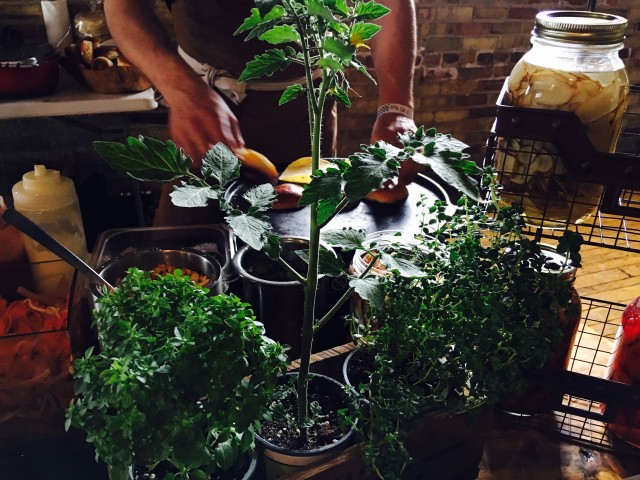 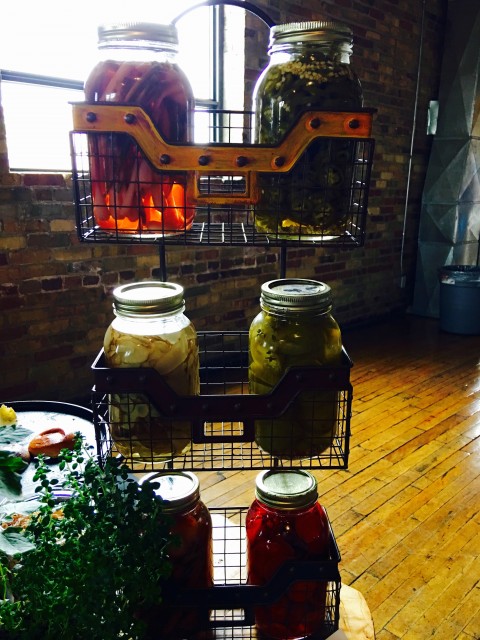 Each slider was delicious, each with a different pickled vegetable and meat. Loved the soft brioches. 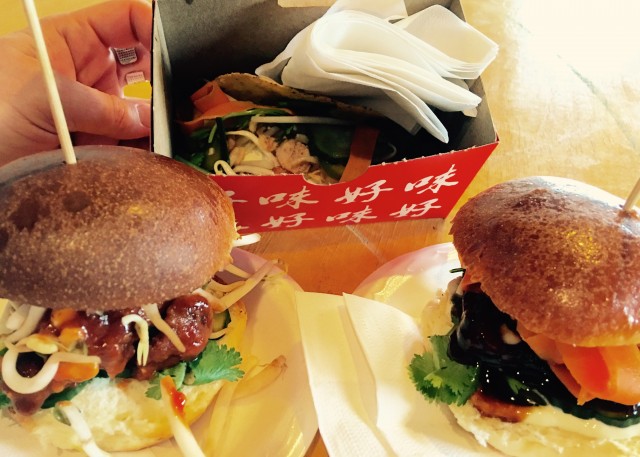 We went up to the rooftop where, alas, we were elated to see a few more food and drink tables! I was immediately drawn to the pulled pork table. I just had to snap this picture! Unfortunately I wasn’t able to try the pork sandwiches (confusingly they didn’t take cash, even though the event was supposed to be cash-only for food!). But others who found a way to buy food tickets seemed happy with their sammies. 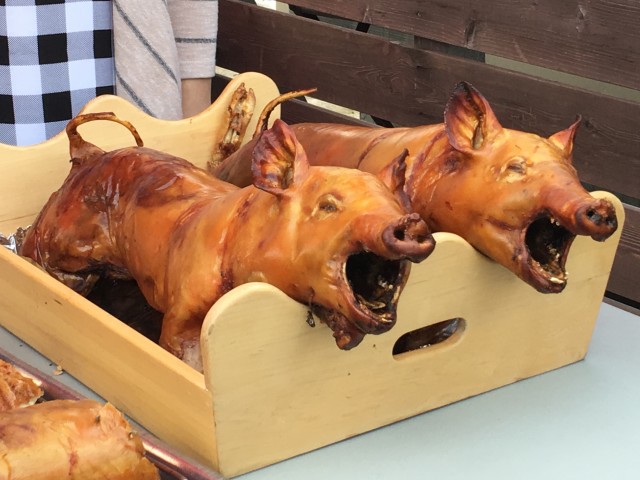 The other rooftop food vendor was Kaboom Chicken. They describe themselves as:

A popup eatery that combines a fusion concept of the Korean culture with western food practices. Our products are all made from the freshest meat, produce & ingredients to ensure that we excel in delivering quality. Our soon to be famous crispy & crunchy Korean Fried Chicken is a must try for all!

The Korean Fried Chicken Wings ($6) were my favourite of their items. They were freshly fried, crunchy and seasoned just right, with accompanying sweet/spicy sauce. Their other plates were good too. Their Pork Belly Roti Taco ($5) was an actual roti wrap – nice fusion there! My eyes were bigger than my stomach for the Kornea Corn ($5). It was really tasty but hard to eat a whole cob when not sitting down. I guess people were noticing me eat it too, since they were coming up to me asking whether it was good. Haha. A side note: our friend suggested they should have instead called this Kor-nu-copia Corn! 🙂 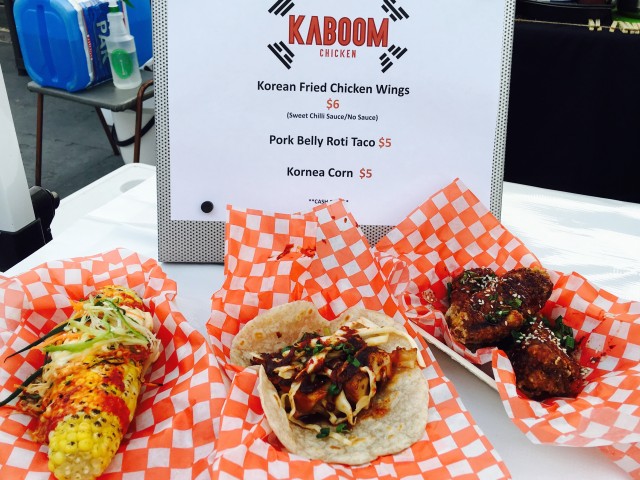 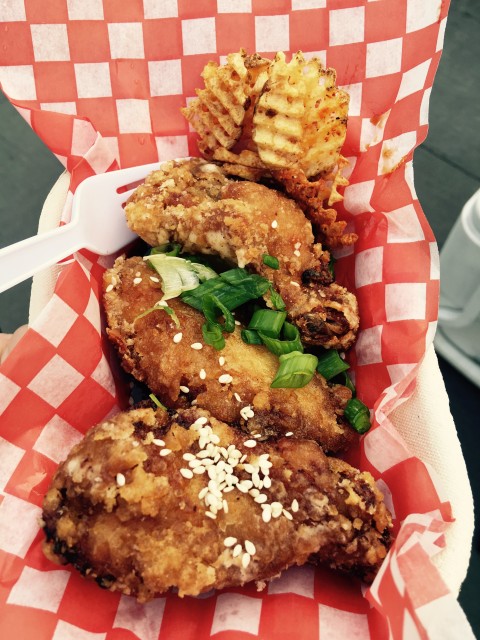 Last but not least in the food department, we visited the Chimney Stax Baking Company which won the “visually interesting” category (maybe only second to the suckling pigs). I kept seeing people walking around with these tall bread cylinders. By this time, I was actually too full to try the Cheesy Chimney Stax ($7), made with Amsterdam Cruiser all day pale ale.

Other vendors included Hogtown Brewers and a cannoli vendor. Here’s the famous view from that rooftop. We left CraveTO before it got dark. 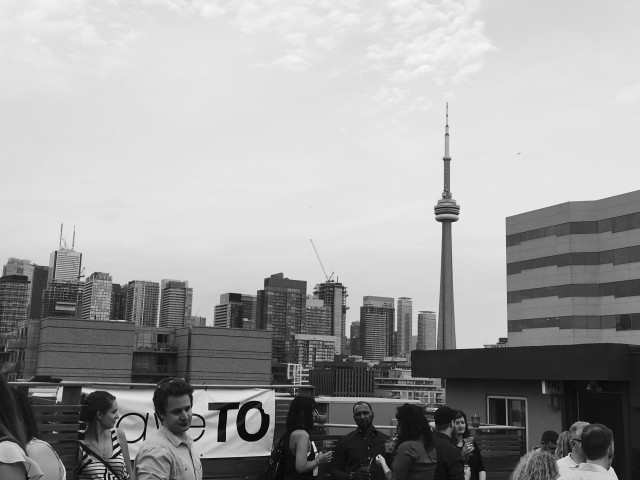 View of the CN Tower from the Rooftop

With only a few food vendors to choose from, CraveTO probably should have been billed more of a craft beer festival, with some accompanying nibbles. In any case, I did enjoy CraveTO’s vibe, food and drinks. Next year, I hope the organizers will get a broader set of food partners on board to represent more of the many (amazing) tastes of Toronto. 🙂

Butter vs. Margarine: The Battle Rages On

TweetYumIf you’re like me, you’re equally overwhelmed and amazed by the huge variety of margarine and butter in the grocery store’s dairy section. Labels…