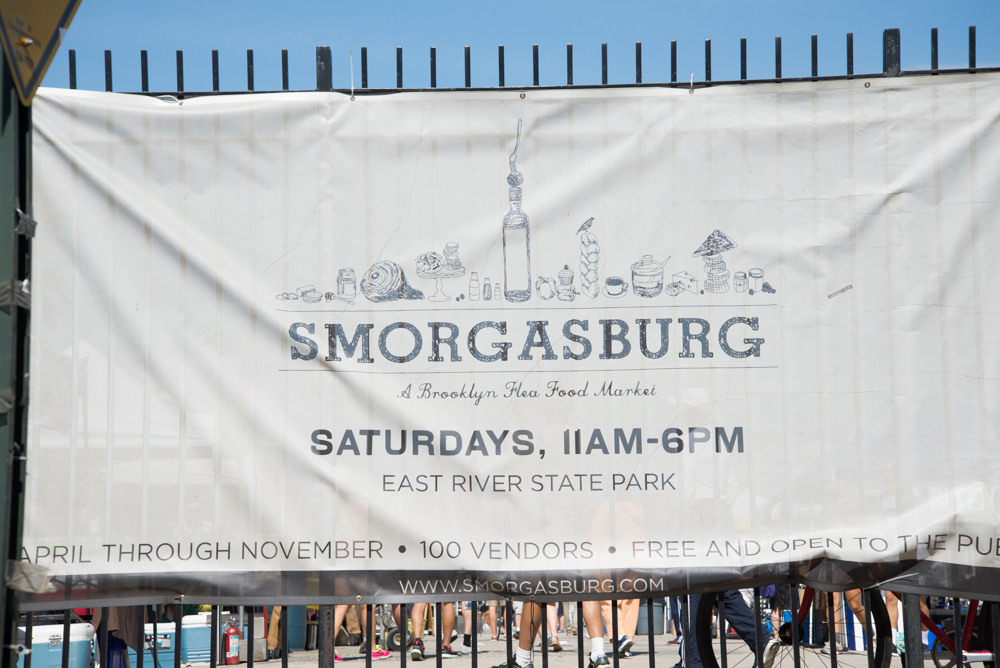 Ramen, yum. Burgers, yum. But together, are they sublime? Created by Japanese-American chef (now owner of NYC’s Ramen.Co) Sheizo Shimamoto, the Ramen Burger made its debut right here at the Smorgasburg Market in 2013 amidst dizzying hype. Even now, fans wait hours to get their fix of this truly Asian-American “fusion” creation, which features a medium-rare beef patty nestled between two ramen noodle “buns”.

After battling the long line-ups, Terence finally got to taste the Original Ramen Burger! Official verdict goes like this:

These burgers were good except for the ramen part. The whole point of a burger is to highlight the meat — and that means the bun should not be getting in the way. This is why one uses a bun that’s very light and soft, which keeps the toppings in control and doesn’t make a mess. What this ramen bun ends up doing is totally opposite: its dense, rubbery and totally bland. It would have been much better if it was fried to a crunch. Its like having soft boiled potatoes for french fries.

So if you’re aching to try a Ramen Burger, but are not fortunate enough to be visiting Brooklyn or Los Angeles in the near future, here’s a recipe for making your very own Ramen Burgers.

TweetYumPoop Café opened up in Toronto’s Koreatown last Fall, with lots of fanfare due to its bizarre washroom theme. The café is best known…