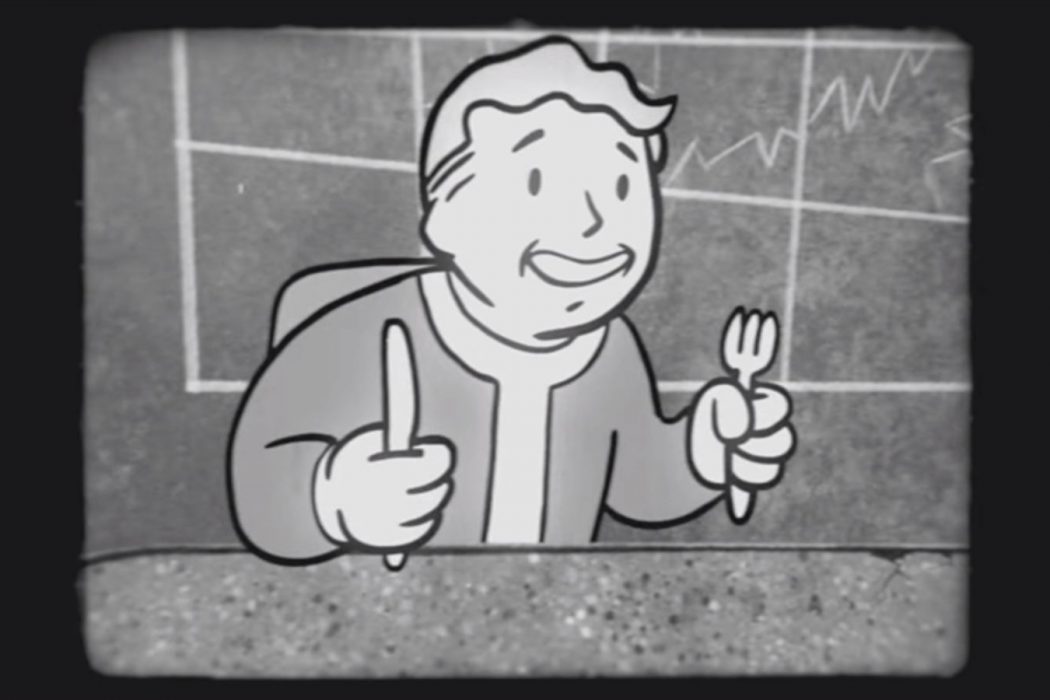 This article assumes some previous knowledge about the video game Fallout 76 on the part of the reader — and that the author is a huge nerd.

More so than in any of the game’s previous iterations, hunger, hunting & foraging, cooking, and eating food are unavoidable activities. Where munching on an iguana on a stick, or box of Dandy Boy apples, was previously an efficient way to regain health and buffs, the sound of your virtual stomach rumbling is now a more common in-game sound effect than a super mutant‘s familiar griping. Ignore it and suffer the consequences of a waning health bar.

While ready-made food and drink products can be salvaged during exploration, acquiring recipes allows forageable ingredients and animal byproducts to be combined at cooking stations to create a host of consumables with effects ranging from breathing underwater, to temporary stat buffs, to increased carry weight. Cooked food also lasts longer in your inventory without spoiling.

For those that can’t get enough in-game cooking, FO76’s maker Bethesda Softworks has released the Fallout Vault Dweller’s Official Cookbook, with IRL recipes for everything from Nuka Cola to Deathclaw Steaks.

Based on the irradiated delicacies of the world of Bethesda Entertainment’s Fallout, this Vault-Tec–approved cookbook provides fans of the award-winning series with recipes inspired by their favorite Fallout foods. Whip up tasty versions of the Mirelurk egg omelette, throw some deathclaw meat on the grill, and re-create BlamCo Mac & Cheese with Fallout: The Official Cookbook.

And if you’re not skilled enough in the kitchen to try the recipes yourself, they’re also well-represented on YouTube: