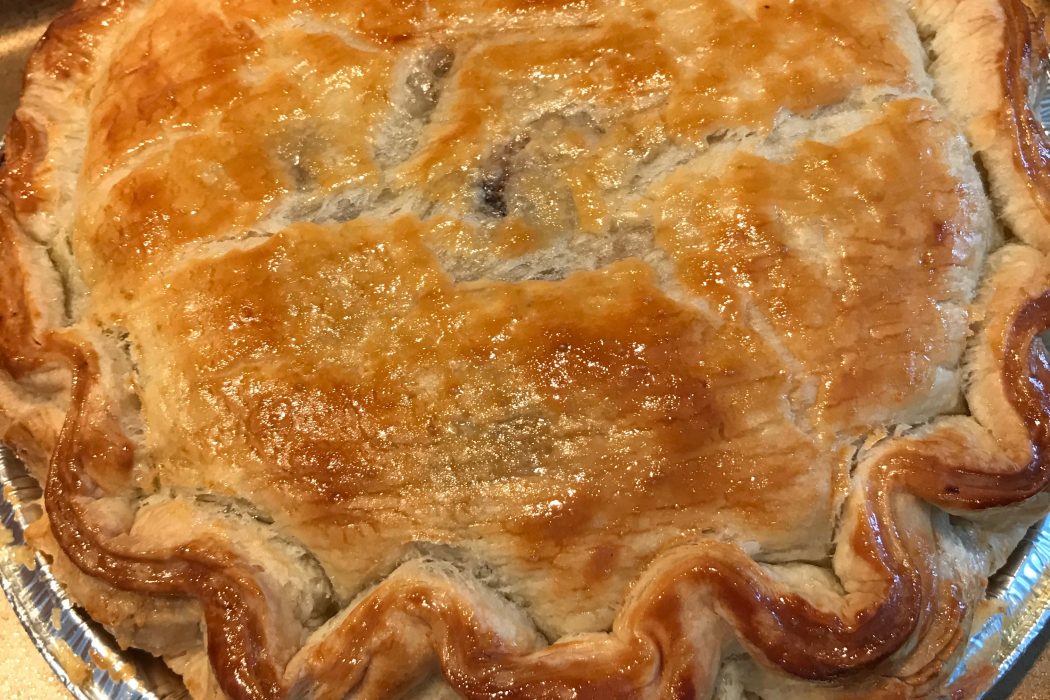 My friend L, an unstoppable baker and fellow foodie, very sweetly gifted me a tourtière and foie gras from the Au Pied de Cochon pop-up in Toronto. Au Pied de Cochon, or PDC as they call themselves, is a highly acclaimed restaurant, sugar shack and hotel based out of Montréal, Canada. Chef Martin Picard’s restaurant is known for hearty and authentic Québecois fare, with pork tourtière (meat pie) being central to the cuisine. Time magazine referred to PDC in a 2013 article as a “bastion of excess beloved by Anthony Bourdain and other gastronomes.”

Chef Martin has successfully built his empire over more than a decade, founding the original Pied de Cochon restaurant at 536 Duluth Est in Montreal, and then building the sugar shack at St Benoit de Mirabel in 2009 (which is already sold out for the 2018 season), plus a luxurious 5-BR bed and breakfast adjacent to the sugar shack called La Maison d’à côté. PDC has also recently launched a Web store, featuring everything from foie gras to t-shirts.

Time to cook it! 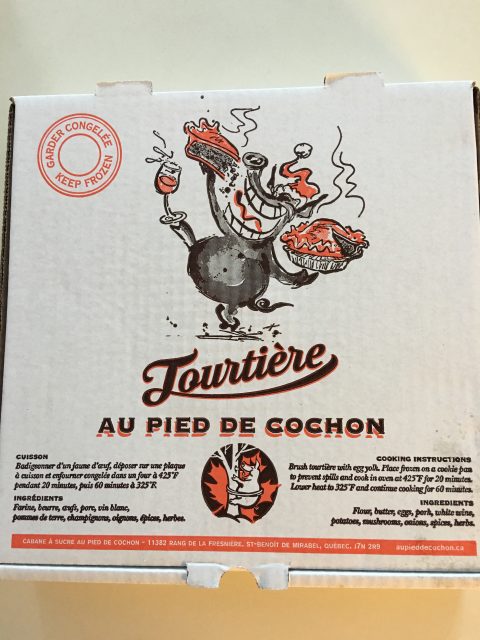 I admired the beautifully scalloped crust.  Then, I followed the simple instructions to brush egg yolk onto the pastry and bake the pie at 425F for 20 minutes, and then at 325F for 60 minutes. It developed a gorgeous brown colour on top. They had recommend using a sheet pan to prevent drips. Great advice – see next picture! 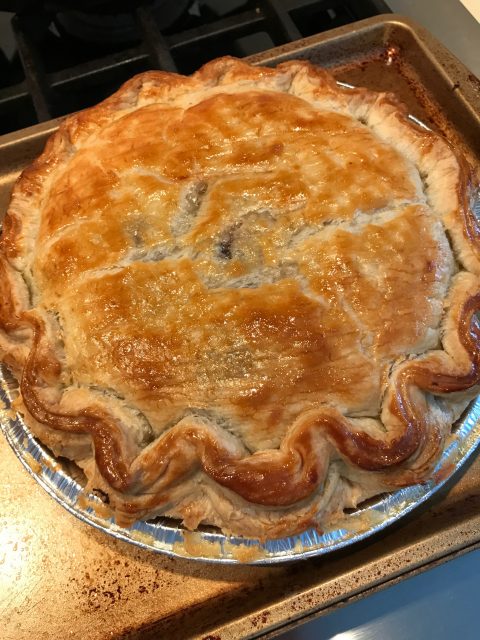 The pastry was flaky and moist. The pork filling was decadent, with slow-cooked pork shoulder and a ground pork. Traditional tourtière spices include white pepper, cinnamon, mace, parsley, allspice, marjoram, clove, celery, sage, bay leaf. I could definitely taste the cinnamon, which makes it very distinct from British meat pies. Lastly, there were ample fat drippings in the sheet pan. 🙂 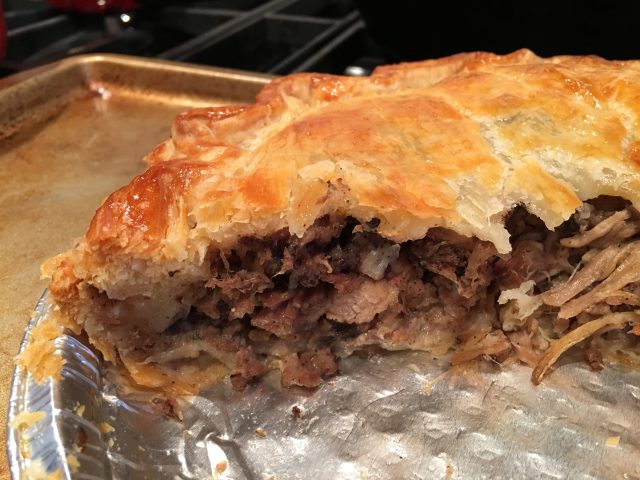 PDC’s tourtière was hands-down the best I have ever had. The foie gras was smooth and buttery (and darn it, I didn’t snap any pics). This is Québec cuisine at its finest, and certainly deserving of its popularity. Well done, PDC.

I’m anxious to pre-order more delicious tourtière at the next Toronto pop-up! And, wouldn’t be awesome to hit the restaurant during my next Montréal visit. 🙂  A bientôt, PDC!

TweetYumThis quick and healthy bread has become a staple in our household. The oats and whole wheat give it a rustic texture, while the…